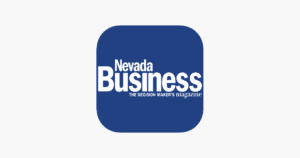 This is what he shared…

I believe in leading by example. I find that my employees are happier when, at crunch time, we all work side by side as a team to get the project done. The long hours are not an issue because we are having fun doing the work together. I am also a macro manager. I believe in giving my employees the confidence and freedom to express their creativity…. READ MORE HERE

Sheldon Colen knew he was destined to a career in architecture when at 15 years old he was commissioned to design and oversee the construction of a home.  After winning numerous state architecture contests throughout high school, he continued his studies and received a certificate in Architecture & Design (1986).  He was also one of the first to master and embrace Computer Aided Design (CAD) in which he was certified (1986).  His original rendering of a design studio, “Bullpen,” won the CADDIES contest in the Still Image Category (1993).

Starting practice in 1986, he has had a long and fulfilling career in planning, architecture and residential design.   He has successfully combined his experiences in all aspects of these disciplines to assist his clients in bringing to life innovative, functional projects with a watchful eye on budgets to achieve their goals.

Working for Tate & Snyder Architects of Las Vegas (1986 – 1993), Colen established and managed the CAD Department and was quickly promoted to Project Job Capitan.  He went on to work for Richard Youngblood Architects (1993-1994) where he discovered his true passion in residential design before he opened his own firm. SCA Design in Las Vegas, Nevada (1995 – present).

Today, Sheldon leads his team at SCA Design, his own architectural and design firm of ten, specializing in commercial, hospitality, retail, entertainment and casino as well as residential design and interiors. SCA Design was recently certified as a local emerging small business in Nevada. When he’s not running the office, he’s running Disney marathons, “where every mile is magic!” As a Disney fanatic, Sheldon leads his team with the belief as, Walt Disney would say, “It’s kind of fun to do THE IMPOSSIBLE”.

SCA Design, a leading Architectural firm in the Las Vegas area. SCA Design is about stunning architecture, organized planning and development, and beautiful interior designs. We provide our clients with quality projects, on time services and professional guidance within budget.